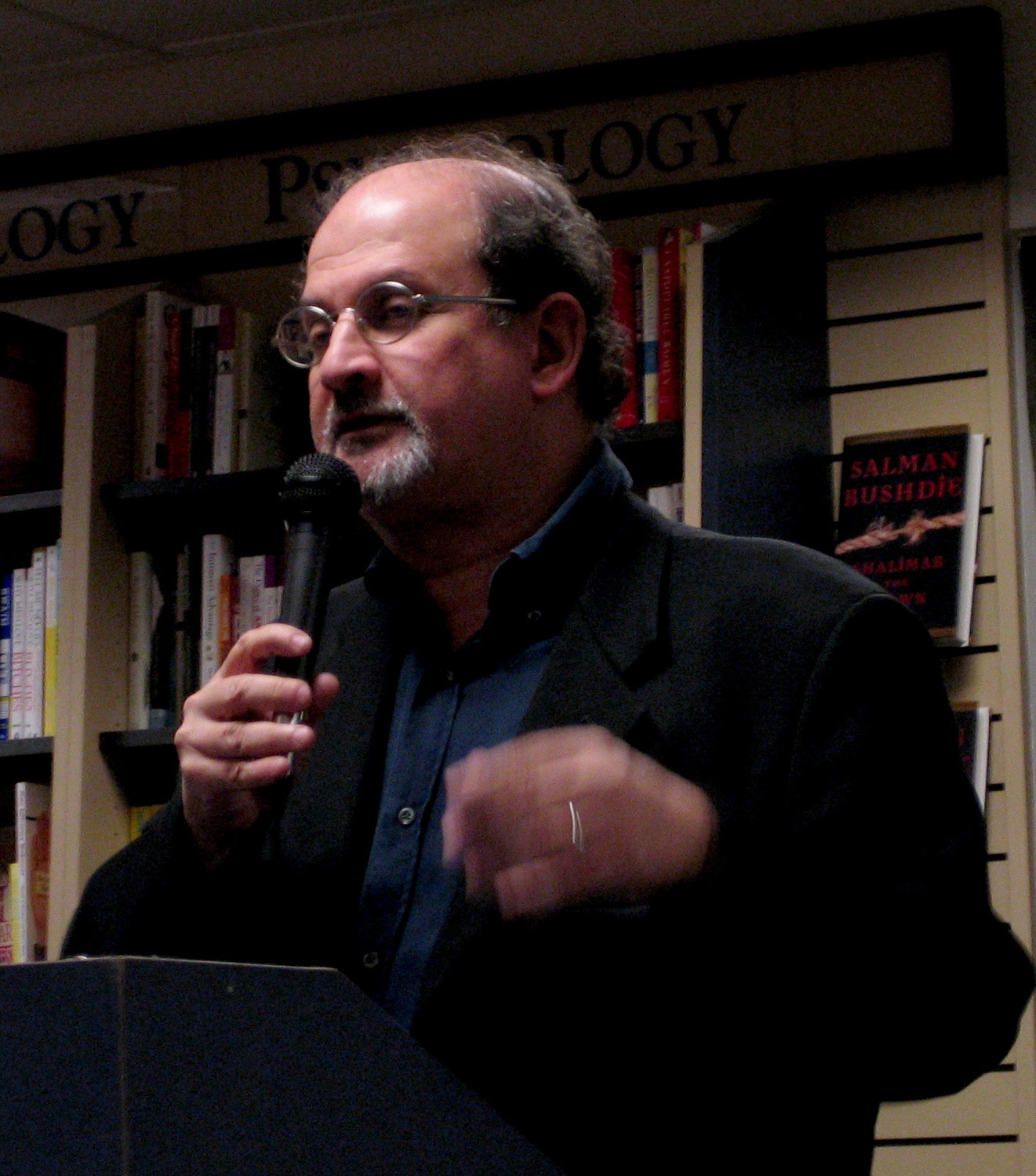 This is a post about the famous British Indian writer Salman Rushdie (in case you missed hearing about him in the late 1980s and early 1990s). Rushdie is a multiple award-winning writer who blends fiction and history into dazzling magical realism that entices the imagination. With his 1988 book The Satanic Verses, he infuriated some people, most notably, the Ayatollah Khomeini of Iran who issued a fatwa against him. Because of the fatwa, Rushdie had to live in hiding for almost a decade until the fatwa was lifted. The issue concerned Rushdie’s use of Muhammad in his book. He has since gone on to write many other books including his most recent book Two Years Eight Months and Twenty-Eight Nights (which amounts to 1001 Arabian Nights). He is now living out of hiding in New York City.

Check out this interview with Rushdie talking about human rights here:

Check out this interview with Rushdie here: